The Mission-Oriented Seismic Research Program (M-OSRP) is a research program and petroleum industry consortium, started in January 2001, at the University of Houston, to address pressing high priority seismic exploration and production problems whose solutions would have the most significant positive impact on our ability to locate and produce hydrocarbons. We begin with the critically important first step of the selection and priority of pressing problems and challenges that need to be addressed.The magnitude of the challenges being addressed within M-OSRP often requires new thinking and concept development, and is thus a fundamental research activity. The framework, method, solution and algorithms to solve the problem ( and whether, in fact, the problem can be solved) are all initially unknown. Mission-oriented seismic research belongs to a category of fundamental research, directed fundamental research, that begins with high impact fundamental seismic exploration and production challenges, and commits to solving them. 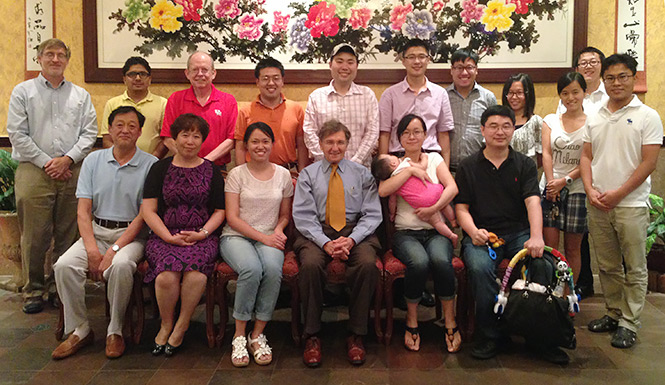 The M-OSRP program is centered and administrated in the department of Physics. Its research and educational activity, and the mentoring and support of graduate students, is within the field of seismic physics, and the students earn their graduate degrees in the physics department. However, the program is open to interested and capable students from other departments, for example, from the Earth and Atmospheric Sciences Department and the Mathematics Department.

In our view, there is a serious disconnect between the 100% success rate frequently reported by industry and academic researchers, in refereed journals, and in presentations at SEG and EAGE conferences and workshops, and the reality of ( for example) a one in ten success rate in drilling frontier exploration wells in the deep water Gulf of Mexico. Within that disconnect resides an opportunity to define and address the real challenges and real problems, whose solutions would have a positive impact on the drilling of successful, exploration and development wells. Why are there challenges? Seismic methods are successful when their assumptions are satisfied and they will have problems , and will fail, when their assumptions are violated. Among the major assumptions made by mainstream seismic methods is the need for adequate subsurface information. That requirement became difficult or impossible to satisfy as the industry trend went to complex offshore and on-shore plays. For example, the inability to provide an accurate velocity model for seismic migration has been and remains a too often ignored but not ignorable requirement- It’s the elephant in the room. Also the current mainstream migration method of choice , called RTM has intrinsic high frequency ( ray-theory like) assumptions within its imaging principle, which in turn: (1) compromises the low frequency components of the data, (2) cannot effectively image through complexity, and that (3) has a deleterious effect on illumination, structural imaging, resolution and amplitude analysis. M-OSRP has developed the first migration method that makes no high frequency assumption within the imaging principle or propagation model for heterogeneous or discontinuous media( that we call Stolt-Claerbout III migration for heterogeneous media) and we have published comparisons that compare this new migration with RTM. The new migration requires a migration velocity model. Please find those references within the links below.

Returning to the overriding seismic challenge of not having the ability to provide adequate subsurface information( including a velocity model for migration) the main thrust of the M-OSRP research program has been to pioneer, develop and deliver a set of distinct isolated task subseries of the inverse scattering series(ISS) , that can achieve every seismic processing goal directly and without subsurface information to be known, estimated or determined. Those tasks include free surface and internal multiple removal, depth imaging, Q compensation, and elastic parameter estimation. M-OSRP is known and recognized for delivering the only multiple removal methods that can remove all multiples with absolutely no subsurface information or interpreter intervention, none whatsoever- and hence can be the informed cost-effective choice within the seismic toolbox under the most complex and ill-defined and challenging plays and circumstances.

Please find details on the items discussed here, in the links below.

Among our current research activities and plans (1) to develop and to deliver fundamentally new seismic capability for on-shore and ocean bottom seismic processing without any subsurface and near-surface information and (2)to further analyze and develop our internal multiple elimination methods. Weglein and Stolt are working on completing volume II of the two volume graduate textbook for Cambridge University Press on ‘Seismic Migration and Inversion: Application of Direct Non-linear Inverse Theory’.

ISS non-linear direct parameter estimation, time lapse application ( and comparison with non-linear iterative model matching) Petrobras invited us to present at a game changing seminar series- that might be of interest

On direct inversion for FWI objectives